How to get into Theta State 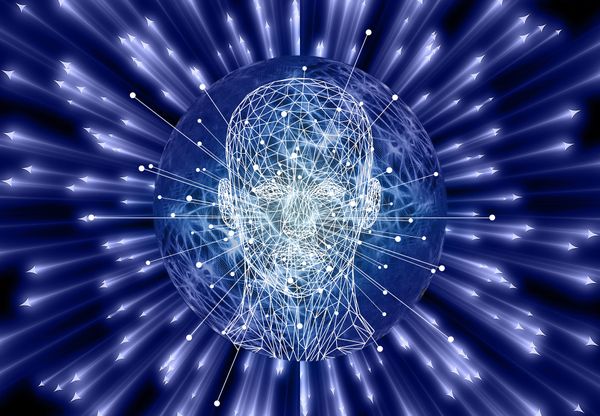 Sound therapy offers one possible solution for changing brainwave states.  Sound therapy uses repetitive oscillations, or rhythms to entrain (synchronize) brainwaves into the desired state.  Instruments such as Himalayan (Tibetan) singing bowls, and Crystal singing bowls produce these oscillations naturally. The theory is that over time our brainwaves, entrain or synchronize with the sound waves. This occurs via sympathetic entrainment. The human mind also have a natural tendency to follow frequencies and rhythms. This basic tendency has been used for thousands of years in indigenous music for shamanic ceremony, and more. Many forms of music may have the ability to entrain brainwaves to some degree.

Our basic brainwave states are below the range of human hearing.  The basic ranges are:

There is a also a Gamma state. A dominant Gamma state is rare.  Meditation has been shown to enhance Gamma activity. 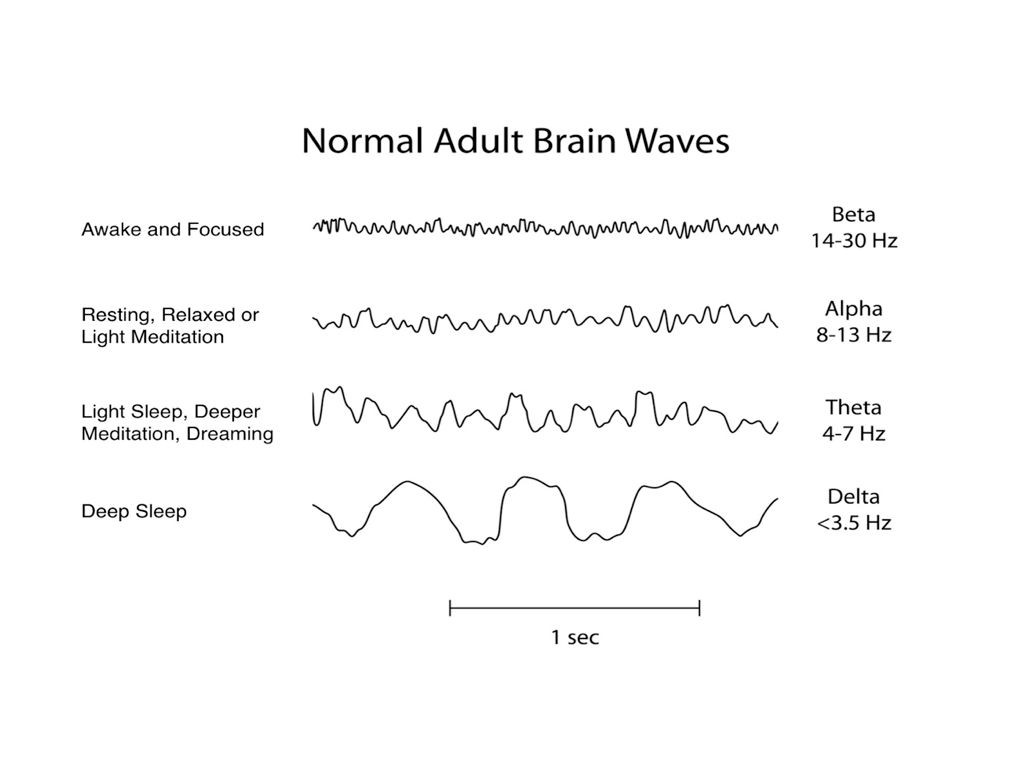 How to get into Alpha State?

Alpha State is the first range below Beta.  Beta is the range we are most commonly in, during waking hours.  Beta is associated with problem solving and engaging in basic day to day tasks.

Alpha range can be achieved with light meditation or breathwork.  Because brainwaves are also related to breath rates, we can use the breath to move towards an Alpha State.

A simple exercise to move towards an Alpha State:

I feel it's best for beginners to start with just a few minutes and gradually increase, day by day.

Try the synchronized breath practices and sounds in the free course:  Sonic Relaxation

Besides meditation, other references for when the alpha state may be experienced are:

First let's take a look at the quality of Theta State.  Theta state is also associated with "opening" (or becoming more aware of) our subconscious programs. It's like being  on the border between our subconscious, and conscious minds and is normally experienced just before we are sleeping or even in a dream state. By engaging in a practice to encourage this Theta state from a more conscious place, a new practitioner may also experience an awareness of subconscious thought patterns.  It is believed that we may also store repressed emotions, or fears in the subconscious.

A simple practice to move towards a Theta State:

Bringing the mind to theta state is a bit more challenging.  While it may be fairly easy to get into alpha state, theta state may require more time and practice.  Why is this?  We frequently enter Alpha state during our conscious, waking states and so our mind is used to navigating that territory during conscious states.  Theta, however, is normally only fully experienced in a dream state while we are asleep.  So, as one drifts towards this state the natural tendency is to also drift into sleep.

This "waking dream state" is associated with a more conscious experiencing of subconscious states.  These are more common in "mystical", "hypnotic", or "meditative" states. It is helpful to have guidance when navigating these subconscious states, especially in that case that one has experienced trauma.  I recommend discussing this with a trained therapist or doctor qualified to offer direction.

Children are also more commonly in a theta state in the earlier years of growth. This is a time when our minds our like a sponge and open to suggestion. Studies have show that our memories are state dependent. Entering theta state may also bring up childhood memories.

In the article below the study describes some of these "waking dream" brainwave states during the use of Ayahuasca, and Ketamine.

Theta brainwaves has also been shown to be increased when using Ayahuasca, or Ketamine. Here is an excerpt from a study conducted by Erik Hoffman.

"Ayahuasca is thought by indigenous people to give the individual access to unconscious, spiritual and transpersonal realms of experience. The psychological state induced by ayahuasca can be compared to other altered states of heightened unconscious activity such as meditation, hypnosis, etc. A number of studies have shown that the presence of theta waves in the EEG reflects subconscious activity, and people with increased EEG theta levels usually have better access to their subconscious feelings, imagery and memories (Green E. & Green A., 1977; Budzynski, T.H., 1986; Cowan, J., 1993; White, N.E., 1999). During states of increased awareness of subconscious activity (e.g. meditation, hypnotic trance, hypnagogic imagery) theta activity usually increases considerably. The presence of alpha waves in these states is important since they reflect conscious attention. If alpha amplitudes drop down it is a sign that the individual is losing consciousness. This is what happens when a person falls asleep.

Budzynski (1986) says "In contrast to the waking or deep sleep states, there is a very special state of light sleep. Identified by an EEG pattern of theta frequencies (4-7Hz), this transitory condition has been referred to as the reverie state, the fringe of consciousness, the pre-conscious, and the twilight stateÉ. During this rather brief period people often experience emergent, hallucinatory, dreamlike experiences that are more disjointed and brief than those dreams associated with rapid eye movement (REM) sleep A number of illustrious individuals from the fields of science, music, literature and art have credited the imagery produced during the twilight state for creative solutions or inspiring thoughts." (Budzynski, 1986, pp. 429-30).

Ayahuasca seems to induce and expand the hypnagogic or twilight state (correlated with an increase of theta) and at the same time keeps the individual awake and conscious (correlated with an increase of alpha). These EEG changes are exactly the same as during deep meditation (Hoffmann, E. 1998). Thus, in some respects the ayahuasca-altered state is comparable to meditation and it is quite conceivable that ayahuasca facilitates meditation.

In an altered state of increased EEG theta and alpha activity the individual exhibits greater susceptibility and better conscious access to his unconscious realms of experience without interference from his critical, analytical mind which is silenced. This is exactly what happens in hypnosis and, we believe, during the altered state of consciousness induced by ayahuasca. However, in this latter state the individual is his own hypnotist and therapist. He may have new profound insights into his own behavior patterns and may learn to integrate previously unconscious material at a higher level of consciousness. In neurological terms the individual learns to raise, for example, emotional conflicts from a limbic to a neocortical level where the problems can be processed, understood and integrated.

These speculations are supported by extensive studies of ketamine-assisted psychotherapy done in Russia. Ketamine is an anaesthetic used in surgery which in small doses induces a profound psychedelic experience lasting for about an hour. Krupitsky and Grinenko (1998) reported a 3-4 fold increase of theta activity in all regions of the cortex following the ingestion of ketamine. These authors suggest that their findings of increased theta are "...evidence of limbic system activation during ketamine sessions, as well as evidence for the reinforcement of the limbic-cortex interaction. This fact can also be considered to a certain extent to be indirect evidence for the strengthening of the interactions between the conscious and subconscious levels of the mind during the KPT (Ketamine Psychedelic Therapy)", (Ibid. p. 60).

Our data do not support previous findings of cortical activation with decreased alpha and increased beta activity caused by psychedelics such as LSD, mescaline and psilocybin (Wikler A, 1954; Itil TM, 1968; Fink M, 1978). Neither can the hyperfrontality hypothesis with increased frontocortical activation (Vollenweider F.X., 1998) in psychedelic states be supported. The only significant EEG change we found in the frontal lobes was an increase of theta waves reflecting a state of deep relaxation and reverie. Thus, ayahuasca seems to have different effects on brain functions than the traditional psychedelics (LSD, mescaline, psilocybin). Our findings rather point to a similarity between the altered states produced by ayahuasca and marihuana which both appear to stimulate the brain to produce more alpha waves (Fink M, 1976, Lukas et al., 1995).

Ayahuasca has a long history of use for healing and spiritual purposes in shamanistic rituals in South America (Metzner, R., 1999). Psychological long-term effects of ayahuasca have been investigated recently by Grob et al., (1996) who compared a group of 15 long-term users with 15 controls with no prior use of ayahuasca. The assessment included psychiatric diagnostic interviews, personality and neuropsychological testing. The study reported considerable remission from certain psychopathology and substance abuse among the long-term users with no evidence of personality or cognitive disturbances. Overall assessment revealed a high functional status of ayahuasca users with no safety issues (Grob, C.S. et al., 1996; Grob C.S., 1999). If further studies support the notion that ayahuasca opens up people to their unconscious feelings and memories and gives them an opportunity to explore new psychological insights, ayahuasca might be used as a valuable adjunct to psychotherapy."